A Note from Kim:
The Voice of History – My mother has asked me for years to revisit my inaugural column written in 1994 as it has always been her favorite. I submit this in celebration of her 84th birthday this month.

Vanna, I’d like to buy a vowel, I thought as I examined a key on a rawhide cord attached to a wooden paddle with “Wmn” etched on the front. One step inside the ladies’ room, though, and I knew I’d made a mistake. Because my feet were stuck to the floor, I had no choice but to stay. Wait, though, that’s not how the story begins. As always, I’m ahead of myself, so let me explain.

Daylight savings time has never been my friend. I agree with humorist Sam Levenson who said that it makes about as much sense as cutting the top off a blanket and sewing the piece back onto the bottom. It’s more problematic than just resetting clocks. The time shift affects my rest. I can only sleep when it’s dark. This schedule makes it harder to get up in the morning and even harder to go to bed at night.

What’s worse are days that begin while roosters are still snoring. Such was the case when I had to be in Richmond one morning for an important meeting. I’m a worrier, so I spent most of the night before just napping. When I did sleep, it wasn’t peaceful. I anguished about rush hour traffic and keeping my linen suit crisp. This was a big day for me. I’d never been invited to participate in a state-level workshop. I needed to make a good impression.

Adrenalin and sleep deprivation are a lethal combination. I was so eager to get on the road that I dressed faster than a fireman answering a call. Even though it was well before dawn, I didn’t turn on a lamp because I didn’t want to disturb my snoozing husband. I brewed coffee so strong it practically melted the spoon. Meanwhile, fate had been making a record of my anxieties so that the day ahead would make all of the previous night’s dreams come true.

Like getting there on time…a road resurfacing project made certain that was never going to happen. Snails laughed and waved as they passed me. This was no patch job. VDOT had moved so much dirt that it looked more like an archeological dig than a new highway. Either they were searching for fossils or they were plowing a shortcut to China. As traffic inched along, I conceded that beating the steering wheel didn’t help.

The caffeine woke me up in more ways than one. I was forced to choose between having an accident in the car or crossing traffic and risking an accident with the car. Bladders easily trump bumpers, so I pulled into the first station I saw. When I stepped out, fate showed me how ridiculous I looked in my new suit.

I had green feet. In the darkness of my bedroom, I’d reached into an assortment of colored pantyhose and pulled out what I thought was a gray pair. Turns out they were avocado. Instead of looking good enough to be in court, I looked good enough to be a court jester. All that was missing was a pointy hat with bells on the ends.

Thankfully, the gas station sold hosiery, but unfortunately the selections were limited to only extra tall/off-black. I groaned when I took them out of the package. Off, they looked black. On, they didn’t.

Time was marching on, but I wasn’t. Locked in this filthy restroom, I had to redress without touching this breeding ground for the Bubonic Plague. I didn’t want my body or my clothes brushing any surface, so I turned my pants upside down and stuck my head in the seat. I removed one shoe at a time, pawing at the flimsy fabric with my toes. I was so off-balance that I hopped around the bathroom like a giant bunny with trouser ears. It didn’t take long to figure out I couldn’t do this standing up, but there was only one seat in the house, and I wasn’t about to perch without some kind of protection. With the pants’ zipper pulling my eyebrows, I winced as I repeatedly spun the permanently fused roll of toilet paper. The brand should have been called Alpha/Omega because it had no beginning and no end.

When I got the pantyhose on, I pulled up on the waistband until it finally stopped at my armpits. Unfortunately, when I put my slacks back on, the extra material didn’t distribute as evenly as I’d hoped. I left there with legs more wrinkled than a Chinese Shar Pei.

Twenty years have passed since that ill-fated day. I now roll more with the punches and am a little less anxious. I’ve also learned to believe something that my mother always swore was true. With the obvious exception of avocado panty hose, everything looks better in the morning. 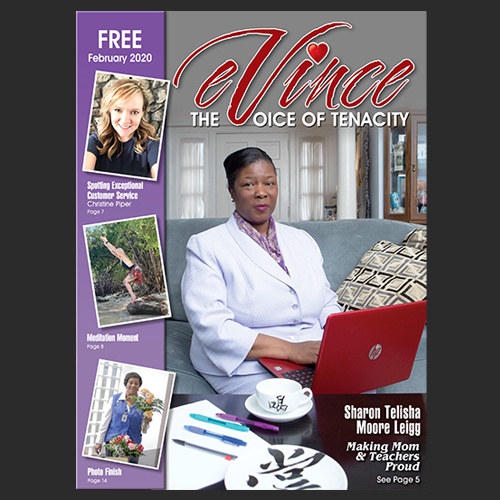