The book is no ordinary story. It is a fascinating journey about a small girls’ school in rural Chatham, Virginia, that encountered multiple setbacks in its first 100-year history (1884-1994) but each time it chose to live. Like the Phoenix bird of ancient lore, it rose from the ashes to soar to heights unimaginable by its founders.

Professor Emeritus Bill Black shows that difficult conditions after the Civil War, with public schools falling on hard times in the South coupled with economic depression, left little chance for area girls from “genteel families” or that “unfortunate class of girls” to receive an education. Thus came the vision of Reverend Clevis Orlando Pruden, rector of Emmanuel Episcopal Church in Chatham, and others such as Chatham lawyer Chiswell Dabney, to “establish a school in which a young lady can obtain a classical education at a minimum cost.”

Dr. Black documents the dramatic growth of the Chatham Female Episcopal School as it grew from a rented house to a collection of wood frame buildings in its first decade only to be devastated by fire in 1906. Black next describes how enrollment dropped to 14 in the 1920s and teachers were told to find other jobs; the school was closing. Then the gardener and head waiter challenged the school’s principal and that moment led once again to its survival. Both the Depression and WWII created their own challenges for the school, but even more so did the latter decades of the 20th century. Black points out how the school continued to survive and thrive during those turbulent times by staying true to its founding principles while “redefining itself to the changing role of young women” in American society.

The book is a fascinating read, especially because until recently, why the school started and some of the many details revealed in the book were not widely known even by alumnae. The fire of 1906 had destroyed all the local records, so reconstructing the history involved searching far and wide among alumnae, libraries, and Episcopal archives.

How Dr. Black became interested in this history is another story. An epiphany occurred after discovering a grimy box of glass slides on a closet shelf in the elevator room at the school. That moment led to another and then to another inquiry during the centennial year of the school in 1994 and eventually to his book. Black says, “History is a lot of facts, a lot of pieces. I’d like to think I have put all the pieces in a box and they are readily accessible. Otherwise, a lot of that history would be lost or buried so far down nobody would ever find it.” His decade-long search for the pieces has brought the school’s history to life once again. But that’s not surprising. Chatham Hall’s history has always been one of survival against the odds to attain a level of excellence few schools of its size can match.

Today, with a worthy endowment, augmented by a $31 million dollar gift by an alumna, Chatham Hall has become a college preparatory high school for girls, providing not only an exceptional curriculum but opportunities to travel abroad on service projects.

Send information about what you or your book club is reading to joycewilburn@gmail.com. 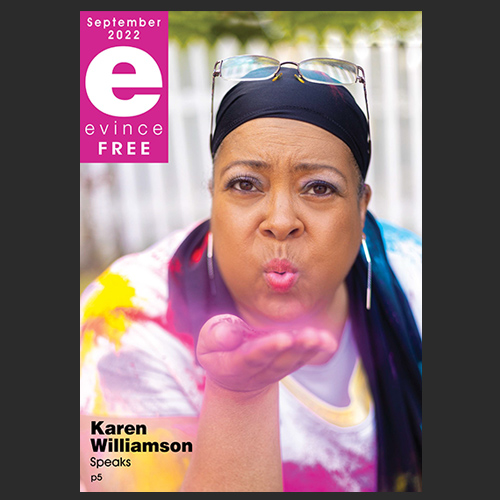