During the week, Danville native Sara Spissu is a loan administrator at CIT, but on weekends she transforms into a curator, mender, photographer, model, seller and shipper of vintage clothing on eBay and Etsy.com. Even though she lives on the upper floor of an historic building in Danville’s River District, the UVA graduate, with degrees in anthropology and philosophy, is being found by shoppers world-wide under the name of GibsonGirlVintage.

Why did she choose the name Gibson Girl for her business? Sara explains succinctly, “Irene Gibson was the epitome of a confident woman.” Irene Langhorne Gibson was a Danville resident in the late 1800s who became known as “every woman’s ideal, every man’s dream, and the American girl to the world.” Although Sara’s humility would immediately deny it, her friends and acquaintances probably think it’s plausible that she could be a 21st century Gibson Girl with her sense of style and her dark, upswept hair.

The attractive, talented woman, who lives with a solid-black cat named Theo, started collecting vintage clothing when she was 16 years old. “I worked at the DAV Thrift Store and found awesome hidden treasures on the clothes racks,” she explains. “Also, in the mornings while I was getting ready for school, my mom would have the TV on American Movie Classics (AMC). I grew up watching old black-and-white movies and fell in love with the costumes, especially Edith Head’s elegant and over-the-top designs in What a Way to Go,” she continues, referring to the 1964 film starring Shirley MacLaine and Paul Newman. Sara’s collection of clothes from the last 40 years fills an entire room in her small apartment. “The old clothes are very well-made. Everything was a work of art–even the things that no one would see like the lace trim on the inside of a skirt or a tag that is sewn on the back of a dress and made to look like a vine. Everything was done with such care and style. Now we are working so hard to meet the demands of the masses. If you want something special it needs a careful hand to work on it,” she says. With that in mind, Sara takes sewing classes at Coates Recreation Center. “I’m the youngest one there and they show me all the old tricks,” she adds, “I also want to learn to make my own jeans so they will fit.”

Sara’s love of classic clothing combined with a love of Danville’s history led to her becoming involved in an upcoming fundraiser fashion show for the Langhorne House, the museum on Broad Street where Irene Gibson spent her formative years. It’s on a Saturday and that’s perfect, because that’s when Sara sheds her weekday identity and becomes Gibson Girl Vintage.

• On Saturday, April 12, from 2:00 p.m. to 4:00 p.m., the Langhorne House will hold a fundraiser tea and fashion show at the Danville Museum of Fine Arts and History, 975 Main Street. Foxglove Clothing will present modern fashions from their current collection worn by models Sara Spissu, Stephanie Ferrugia, Lily Hungerland and Heather Rosenbaum. Vintage outfits including bathing attire that were created by Linda Woodard will also be shown. Piano music from the period will be performed by Nathan Hayes on the DMFAH’s baby grand piano. Tea will be served with a complement of sweet and savory finger foods and scones provided by the Golden Leaf Bistro. (See story on page 18 about the couple who owns Golden Leaf.) Attendees will take home a folding fan memento. This event is sponsored by Rick and Kristen Barker. Tickets are $20 per person or $150 for a table of eight and can be purchased at the DMFAH and at Foxglove Clothing, 1011 West Main Street.

• On Thursday, April 24, a free public exhibit of memorabilia connected to Irene and the Gibson Girl era will open with a wine and cheese reception from 5:00 p.m. until 7:30 p.m. at the Langhorne House, 117 Broad Street. On display will be Charles D. Gibson illustrations, photographs, dolls, books and memorabilia that reflect the Gibson Girl influence both then and now. An elegant fan that was the property of Irene will be displayed, along with a chair with a Gibson illustration carved in its back. Special music from the era will be sung by vocalist Carolyn Smith and will include the song, “Why Do They Call Me a Gibson Girl” from the 1906 Broadway musical comedy, The Belle of Mayfair. For a small donation, women can have photos taken in a Charles D. Gibson illustration cut-out. This exhibit has been sponsored in part through the City of Danville’s matching art grant program that is offered in association with the National Endowment for the Arts and the Virginia Commission for the Arts. 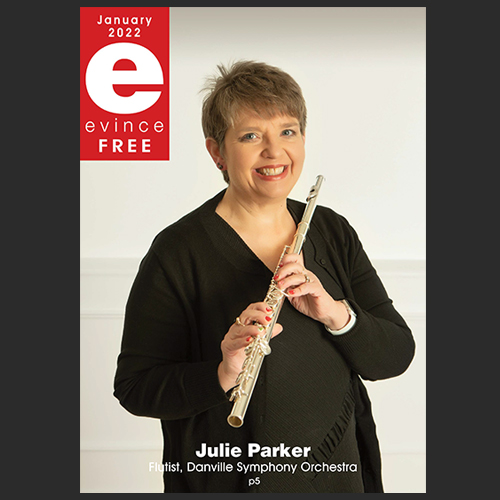